For Thomasin McKenzie, making a movie is not just about creating a character and investing in a story. It is also about the possibility of further discussion and the hope of evolving the world to a more open minded place.

The actress, 19, selects her projects with this in mind, which led to her being chosen as a young Jewish woman named Elsa in Taika Waititi's dark World War II comedy "Jojo Rabbit."

“Reading the script is pretty shocking,” says McKenzie, sitting at Soho Hotel here during the BFI London Film Festival, where “Jojo Rabbit” played one of the headlines. "Many films were made about World War II and all the events that took place during that period, but this was a comedy. What was done before, but not that way.

"You're laughing throughout the script and throughout the movie, but there's also the underlying disaster of everything. The horrors are just below the surface. I think Taika used humor very, very effectively to express her point of view." . ”

Although the film received mixed reviews from TIFF, it also won the festival's People's Choice audience award (which last year won the Oscar for best future film "Green Book") and earned one of the best averages for the film. 2019 screen in its theatrical prowess limited in five theaters last weekend.

McKenzie, who is from Wellington, New Zealand, auditioned for the film in Los Angeles. It was the first time she auditioned in a Hollywood studio ("I was really nervous because I usually record and send from New Zealand," she notes), and Waititi didn't hesitate to pick the actress.

"From the moment she auditioned, she was on the short list right from the start," says the director, who approached McKenzie after seeing her in last year's acclaimed indie, "Leave No Trace." “I didn't know what it was I was looking for. Sometimes you want something that looks different, and that's what Thomasin brings. Not exactly what you expect, but it looks perfect. She has a very unique voice and is very mature. She looks years older than me, even though she's much younger. "

The actress spent weeks preparing for "Jojo" before filming last summer in Prague, Czech Republic. To help understand Jewish life in Germany during the war, McKenzie visited the Jewish quarter in Prague with a historian, visited synagogues, and visited Theresienstadt, a concentration and ghetto camp located in Terezín, the Czech Republic.

“I went into the whole project aware that it was something that needed to be approached with great care and sensitivity, considering the subject,” she says. "Even if it was a comedy, you still had to put in the work. I read a lot of books and did a lot of research … It helped me understand everything she had been through."

Waititi also suggested that she watch movies like “Mean Girls” and “Heathers,” because he thought that although Elsa was a Jewish girl hidden from the Nazis, she was probably a prowess at school too. There needed to be complexity in the character, who befriends Jojo after he finds her hidden in a closet in his house, which allowed her to be witty and strong as well as frightened.

"She's a person, a human being, who was a teenager going through puberty and going through things that everyone goes through in their lives," notes McKenzie. “It so happened that she was also subjected to a disgusting event. She is a victim, but she is not just a victim – she is a human being. "

Although the movie is a comedy, "Jojo Rabbit" has a serious timely resonance. McKenzie sees this as a "story that can never be told many times," because looking at World War II and the Holocaust helps ensure that it will never be repeated.

The actress, who is clearly very interested in current events, prefers to avoid open politics in her discussion of the film. Instead, she is interested in how these types of movies can help young people to accept others more.

"I don't want to name names or deepen politics, but given the current climate of inflammation around the world, it shows that schools or parents or whatever they need need to take the teaching of these parts of history even more seriously," says McKenzie. "Because there are still people who don't seem to understand the fact that there are different religions and cultures, ways of life and ethnicities. There are so many different ways of living, and not everyone can agree. The only way to be able to live in this world in harmony with one another." the other is being able to understand that because otherwise you will always be fighting someone. "

McKenzie comes from a family of actors (her mother, Miranda Harcourt, is an actress and acting coach, and her grandmother is an actress, Kate Harcourt), but she didn't always want to pursue this career. She was cast for her first feature at the age of 9, but it wasn't until she appeared in the New Zealand television movie "Consent: The Louise Nicholas Story" in 2014 that she realized acting could be a truly meaningful pursuit.

"I got out of this role realizing that acting is not just a performance," she recalls. "It's an opportunity to tell important stories and have a voice. It's exciting to contribute to different topics or conversations taking place around the world." 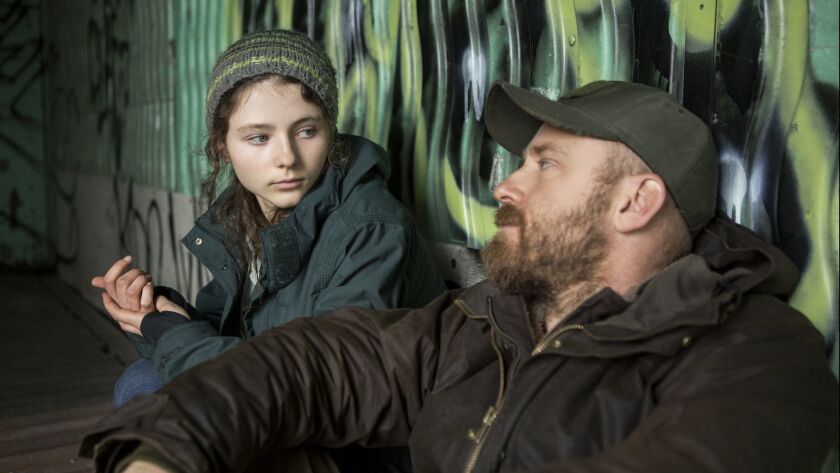 McKenzie won a small role in The Hobbit: The Battle of Five Armies by Peter Jackson and has appeared in several local New Zealand productions. But it was her acting as Tom, a teenage girl who lives off the grid with her veteran father, in Debra Granik's “Leave No Trace,” which brought the actress to the Hollywood spotlight. The role earned her nominations for supporting women at the Independent Spirit Awards and for young artists at this year's Critics & # 39; Choice Movie Awards. Since then, McKenzie has worked almost nonstop, returning home to Wellington for just two days over the past seven months.

“I learned about the kind of movie I really enjoy working on,” says McKenzie of “Leave No Trace.” “That really satisfies me as an actor. Movies that are not complicated and where you can appear to work, experiment and try different things. I felt incredibly lucky. From this, I think many doors have opened, for which I am very grateful. It didn't even look like work. We were having fun in the woods and learning really cool things. "

McKenzie also appears as Philippa of England, sister of Henry V, of Timothée Chalamet, in David Michod's "The King," which Netflix opened in theaters this month and will begin broadcasting in November. Her scenes are short (she flew to England to film for a few days during the production of "Jojo Rabbit"), but significant. His character offers Henry invaluable advice and wisdom, which has thrilled McKenzie because the film is so dominated by men.

"Henry was surrounded by a lot of people trying to get something from him and she was warning him of those people," says McKenzie. "She was a young queen with a lot of wisdom and a lot of truth." 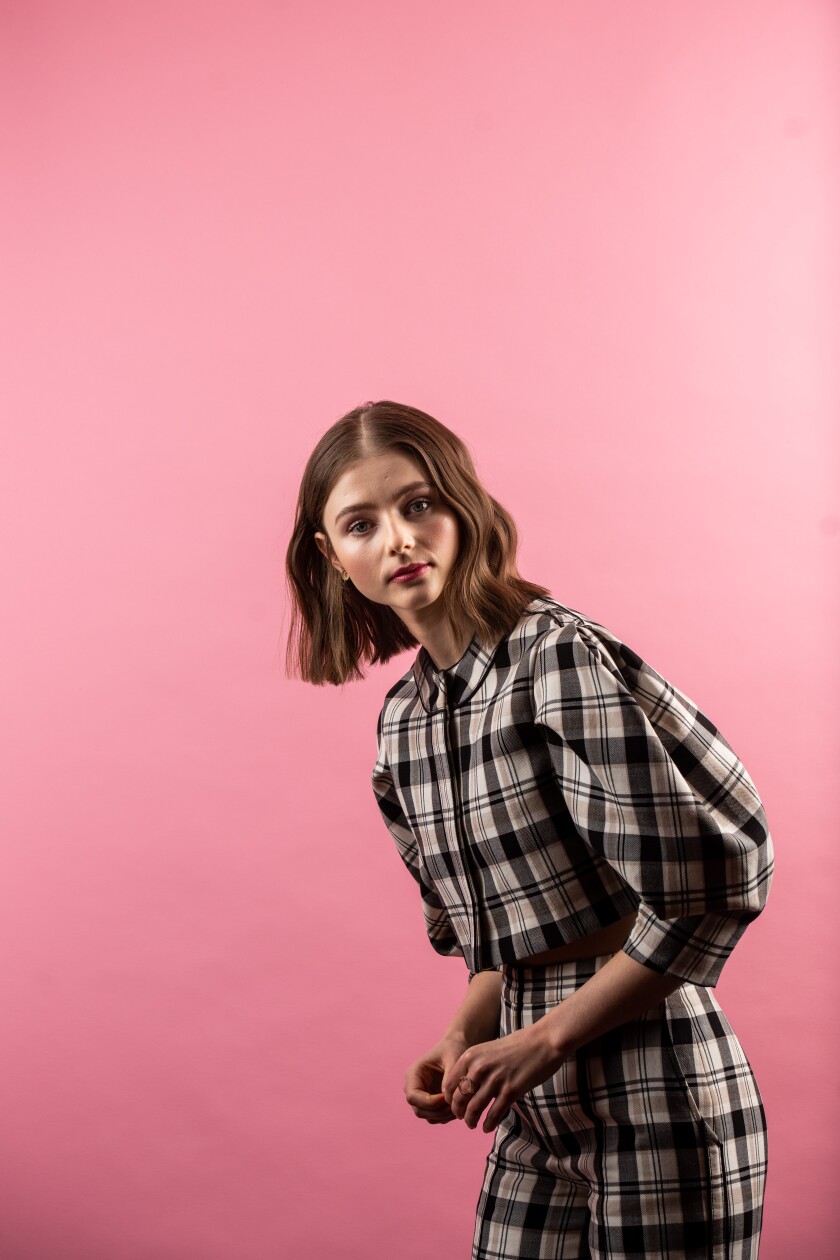 In addition to "Jojo Rabbit", Thomasin McKenzie has appeared in the fall festival titles "The King," alongside Timothée Chalamet and "True History of the Kelly Gang."

She adds: “In the past, women were portrayed as insignificant or not as hard and bold as we really are. I like to play roles where you have a sense of empowerment. I think this is due to the kind of environment I grew up in, where my mom worked a lot and she's a very strong female character. "

This also applies to his list of upcoming roles, including "True History of the Kelly Gang", which played TIFF alongside "Jojo"; Edgar Wright's Psychological Horror "Last Night in Soho"; and Liz Garbus's thriller "Lost Girls". Projects span multiple genres, but all have the same thing: a sense of openness and discovery.

"She is very conscious and conscious," says Waititi. "This generation – and I would like to think it was like that when I was young – they want to make a difference. They don't want to waste time. So it's amazing that anyone at this age can choose projects based on their beliefs and the impression they make." want to leave in the world. She is principled. "

"Fortunately, when you go to the movies, you're seeing life through another lens," McKenzie says simply. "One of the most important aspects of life is accepting other ways of life." 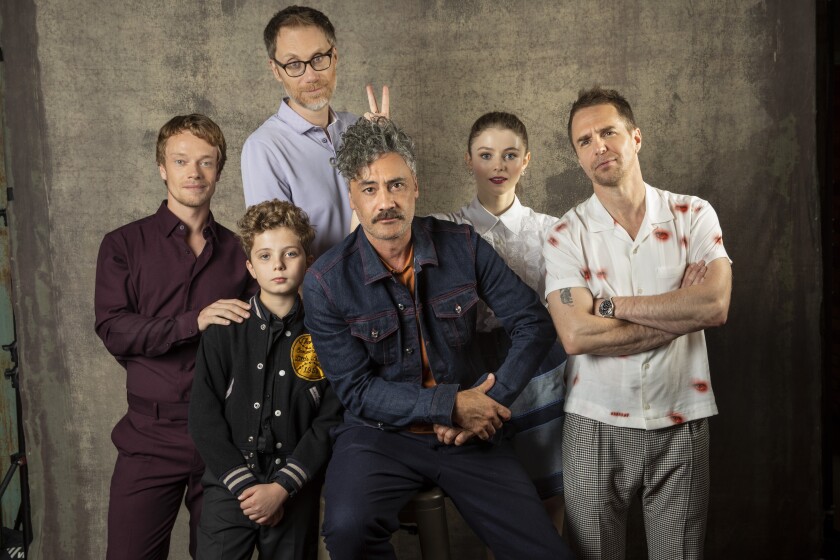