Home Uncategorized Samsung Galaxy S20: official images give us a new perspective on …

Samsung Galaxy S20: official images give us a new perspective on …

The well-known leaker Ishan Agarwal published, in partnership with 91 Mobiles, a range of images, which appear to be official, of the Samsung Galaxy S20. They are probably the clearest view we've ever had of these smartphones and include some new features.

As the day of the Galaxy S20 presentation approaches, Samsung will already have a wide range of promotional material for its new tops. So it is not surprising that these images have appeared.

Samsung Galaxy S20 will not have curved screen

According to the images shared by Ishan Agarwal, this is the first conclusion that we can draw. Several rumors maintain that the Samsung S20 will come with a curved screen, but that is not what we see in these images.

As with the Galaxy S10e, Samsung is expected to launch a device with a "flat" screen. This allows you to save a little bit on production costs and lower the sale price of the equipment. However, if the rumors that point to a value of 899 € are confirmed, there goes that excuse.

In addition, an Infinity-O screen with a "hole" in the center for the front camera is confirmed. This philosophy was introduced in the Galaxy Note 10 and appears to be the South Korean standard in its equipment in 2020.

At the rear, we see a triple camera in a square module. This camera should have a 12MP main lens, a wide-angle lens and a telephoto with up to 3x zoom.

Samsung Galaxy S20 + will have curved screen and four cameras

The Plus model will maintain the screen philosophy of the aforementioned model, however, with curved sides. While offering a more elegant aesthetic to the smartphone, some may argue that it will make it less resistant and ergonomic. 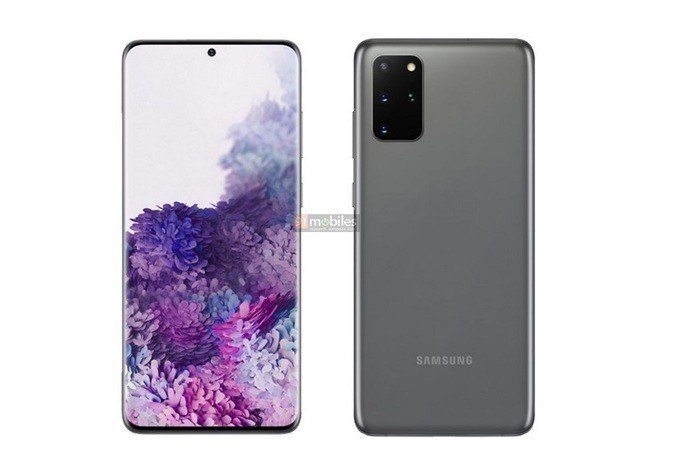 As for their cameras, this one will have one more sensor than the Galaxy S20. This will be a ToF sensor, particularly interesting for portrait photos. The rest of the configuration will be maintained.

Samsung Galaxy S20 Ultra, the most powerful of the family

The great aesthetic difference of the Samsung Galaxy S20 Ultra to the other models is in the module of your camera. This will be a little bigger and will have two shades. 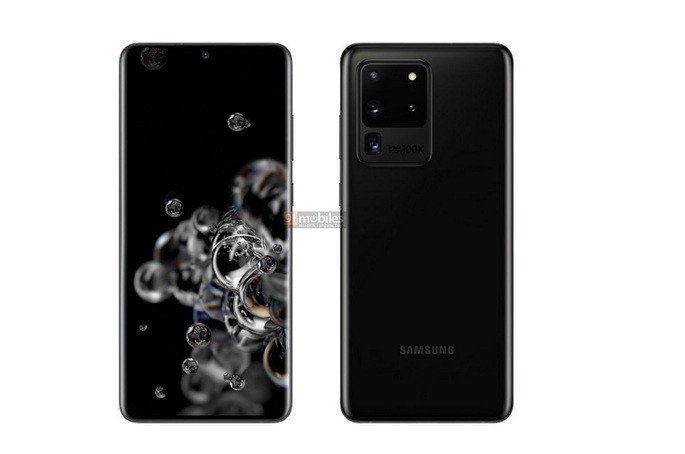 The upper part of the camera will be made of glass and will house its main lens of 108MP, the wide angle of 12MP and ToF, as well as the respective flash. The lower section – this one in matte gray – will have a 48MP periscopic lens, with 5 times optical zoom and 100 times hybrid.

Your screen will be similar to the Galaxy S20 Plus, however, with a larger diagonal. According to what has been advanced, this will have 6.9 inches, the largest ever launched by the South Korean.

The presentation of the Samsung Galaxy S20 is scheduled for February 11th. At this event, we will also get to know the company's next folding smartphone, known as the Galaxy Z Flip.