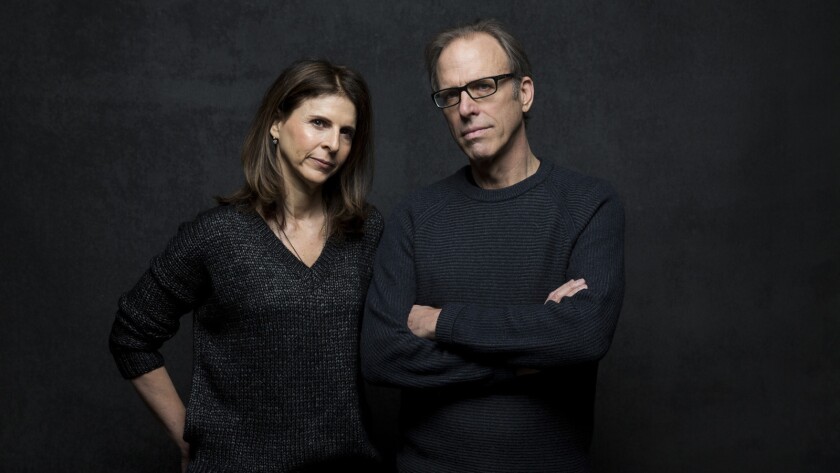 "I never thought that day would come," said Sil Lai Abrams, looking at a theater full of people who stood up to applaud her.

Just a few weeks ago – before she stood in front of an ecstatic audience at the Sundance Film Festival – it seemed entirely plausible that Abrams' story might not win that recognition. On January 10, Oprah Winfrey publicly announced that she was leaving as an executive producer on the documentary "On the Record", in which Abrams and other women of color talk about the alleged sexual abuse they suffered at the hands of Russell Simmons. . (The hip hop mogul vehemently denied all allegations of violence against women.)

Consequently, the film would no longer be released on Apple TV +, where Winfrey has a production deal. But Sundance's January 25 premiere of the film remained intact – albeit now under the cloud of Winfrey's sudden departure, which the media mogul attributed in part to "inconsistencies" in the stories of some of the women.

And despite last month's drama, "On the Record" debuted with an enthusiastic and emotional response here on Saturday night. Many festival participants, some with tears in their eyes, openly questioned "what was Oprah's problem" in the film.

During the question and answer session after the screening, Rosanna Arquette – who claimed that Harvey Weinstein assaulted her – immediately stood up to consider the film a "masterpiece".

"It is very important and I am really honored to be here with all of you," said the actress.

It did not take long, however, for an audience member to allude to the Winfrey controversy – questioning whether part of the film's reaction occurred because its directors, Kirby Dick and Amy Ziering, are white.

"I would love to say something about it," said Drew Dixon, the central figure in the documentary, who accused Simmons of raping her in a New York Times story. “We all keep our stories to ourselves for decades and there are people in that ecosystem who knew our history – and some of them are filmmakers. … But nobody told our story, because the people who knew our story were not subject to the same ecosystem. For me, this is where allies are important. Allies that are not subject to the same dynamic. "

“It is a pity that the people who really took me seriously and who broke my story were white. And I went to the blacks first, ”added Abrams, noting that she told her story about Simmons to Kim Masters at the Hollywood reporter. "I want you all to notice when you look at the people who signed the petitions, the celebrities who spoke out, the people who defended themselves against us – in general, they are not our people."

Amy Ziering and Kirby Dick, the directors of "On the Record".

After being surrounded by supporters, the film crew went to Main Street for a party afterwards. Although there was a palpable sense of collective relief in the air, some of the subjects in the film still expressed concern about the way forward for the project, which now seeks theatrical distribution.

"This film may not see the light of day," acknowledged Kierna Mayo, a veteran journalist who has covered the music industry for more than three decades. "In reality, we are still talking about a fight. We are still struggling to be seen, heard, recognized and believed in. It is still going on."

One of the most exciting parts of "On the Record" comes when Mayo talks about her relationship with Dixon, who says she was raped by Simmons when she was a promising music executive at Def Jam. The incident, Dixon says in the film, finally led her to leave the music business altogether – and that revelation leads Mayo to share how deeply she connected with that abuse tale.

"It was important for me to be here, because I needed to defend myself as much as I needed to defend all these women," said Mayo after the screening. “It was really hard. I was scared and I'm still scared. I am afraid of shame. And I'm ashamed, I think so many women. I am afraid of not being understood, especially by people who still support and love many of the powers that exist, especially people like Russell. "

Watching Winfrey – whose work Mayo insisted that she "loves, respects and honors" – expressed her discontent with the film, it was difficult, admitted the journalist.

“All of this is confusing, scary and difficult. But defending these survivors and knowing what I know about Russell and my 30 years of struggling in hip hop? I have a right to stay here. I have a right to be heard.

But even continuing to talk about Winfrey instead of the subjects of the film is problematic, argued Shanita Hubbard, another journalist who appears in the film. Without detailed words, Hubbard said she was "terrified" that the controversy surrounding the film would drive women away "who are having their souls from having their lives back as survivors".

"This is not & # 39; Real Housewives of Atlanta & # 39; & # 39 ;. This is not entertainment," said Hubbard, whose book "Miseducation: A Woman's Guide to Hip Hop" will be released next year. "I don't know if people are realizing the domino effect of how everything that is happening around the film is impacting the survivors. This is our life. We are talking about sexual violence against black women. We don't have the luxury of turning it off and say: & # 39; It was a great show & # 39 ;. I hope the survivors are protected. "