Home Sci-TechScience Google Search will save the movies and series you want to see. Do you know how

Google Search will save the movies and series you want to see. Do you know how

There are several tools we can use to store series and movies that we want to see later. And Google seems to want you to do it in its own Search.

The discovery was made by 9to5Google and appears to be available for now only in the United States. Through the Google app for Android and iOS, users can identify a series as 'Watched It' or as something they want to see (Watchlist).

Save a show or movie you want to see on Google Search. Credit: 9to5Google

As you can see in the images, these features allow you to create a database directly on Google search with movies and series you have seen or want to see in the future.

From the moment you start creating your ‘Watchlist’, Google will start showing you what's on it in your future searches as well. This will be another way to be able to organize what you want to see. 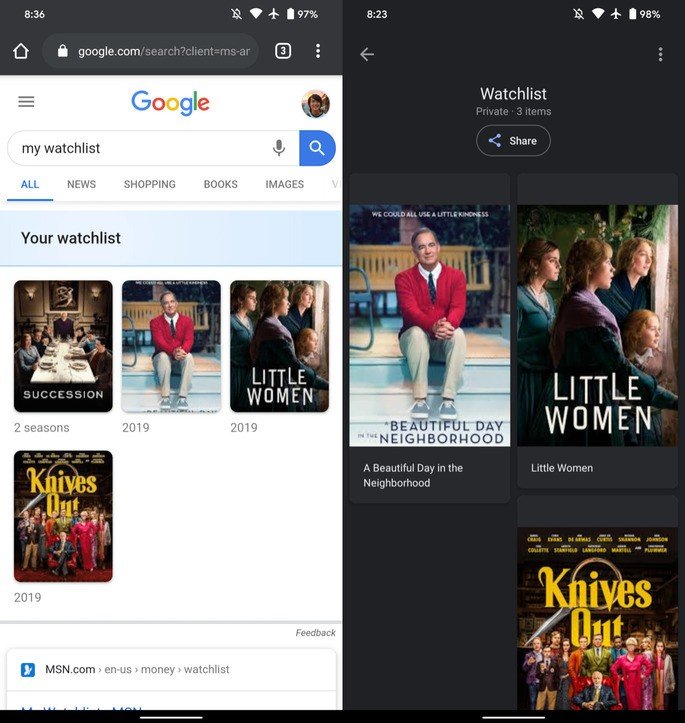 Your series or movies saved on Google Search. Credit: 9to5Google

This is a feature that already exists in very useful apps, such as TV Time. This is an app that I advise you if you want to have well defined the catalog of movies and series that you have seen or want to see.

Popular services like IMDb also allow you to have this kind of data. However, many users may find it helpful to have everything available on Google search.